Gluten is the substance that gives elasticity to dough and helps maintain your bread’s shape during baking. Without gluten your dough will not rise and your bread will certainly collapse into bread crumbs.  Technically, gluten is a mixture of proteins found in grains. The principal proteins contained in gluten are prolamins and glutenins. Notice that I did not mention wheat, instead I said grains. So, what are grains? you may ask. 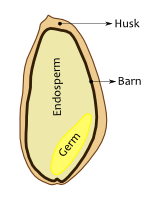 Grains are grass seeds. A grain has three parts: barn, endosperm and germ. The barn is the outer skin and contains fiber, the germ is the plant embryo and the endosperm is the starchy part of the grain, the one that is used to produce flour. The endosperm contains 90% of the grain’s protein, including prolamins which are potentially toxic for the grain sensitive individual.

It is important to mention that other sources of information use the term true gluten to refer to gluten with gliadin and glutenin which is contained in wheat and certain, but not all, members of the grass family. However, the Gluten Free Society, considers that all grains contain gluten and should be avoided on a gluten-free diet. So, there is some debate as to weather or not other grains like corn and rice have gluten. I give you the information here so you can decide for yourself. I personally think that all grains should be avoided if you are sensitive to gluten, but that’s just my opinion. For more information go to the Gluten Free Society website.

What is gluten sensitivity?

There is a lot of confusion and inconsistency around the definition of gluten sensitivity. Gluten sensitivity has been defined as “an immune reaction to the protein gluten found in wheat, barley and rye.” Some times oats are included in this definition. Other grains like rice, amaranth or millet, are generally not mentioned as foods that contain gluten.

This outdated definition goes back to original research studies on celiac disease that identified wheat, barley and rye as the principal causes of celiac disease. However, all grains contain prolamins and therefore their own type of gluten. 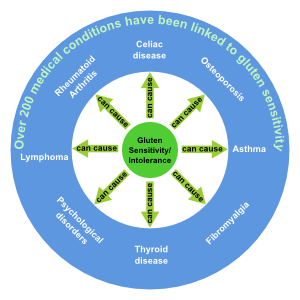 In the old school, the symptoms considered for a gluten sensitivity diagnosis were weight loss, diarrhea, stomach pain, bloating and vomiting. However, a patient that does not show any of the symptoms mentioned above, could still very well be sensitive to gluten. There is a very wide range of symptoms associated with gluten sensitivity, many of them are not direct manifestations of the intestines. The symptoms are usually systemic which means that they can affect any tissue in the body. Different individuals respond differently to gluten. In other words, if you don’t experience weight loss, diarrhea, stomach pain or vomiting, it does not necessarily mean that you are not gluten sensitive. Now let’s see how gluten sensitive people react to gluten.

An allergy is an immune reaction to a substance, in our case a reaction to gluten. Remember that in this case the immune system is responsible for this reaction. Gluten allergy is not the same as gluten intolerance. The immune system is not involved in gluten intolerance. There are two types of allergic reactions: acute reaction and delayed hypersensitivity reaction.

It happens right after ingesting the substance. The body reacts to the substance by producing an antibody. This antibody causes the release of different chemicals that cause inflammation. The inflammation in turn causes tissue damage which finally leads to the disease. Some symptoms include: hives, eczema, bronchitis, asthma, coughing, sneezing, diarrhea, colic, vomiting, etc.

This is an inflammatory reaction initiated by blood cells. There are several ways in which a delayed hypersensitivity reaction manifests. I won’t go in to details here. You can visit Gluten Free Society for more info. But in a nutshell, the body again reacts by producing antibodies. These are different antibodies than in the case of  the acute reaction. T-Cell reactions and the formation of  immune complexes can also occur. These reactions ultimately lead to chemical inflammation and tissue damage. And just as in the acute case, it ends up causing a disease.

Intolerance basically means that your body cannot properly digest certain substance. The reaction is not produced by the immune system. This problem happens primarily in the intestines. The food that is not digested remains there and feeds bacteria. The bacteria overgrows and create byproducts that damage the intestine creating holes that allow bigger particles in. This is called the leaky gut syndrome. When you eat, the food does not get properly broken down and absorbed. The food particles pass through the holes of your intestine until they reach the immune system cells (lymph system) behind the intestine walls. Those immune cells start to react to food. As a result, the body starts to develop other allergies, for example allergies to dairy, beans, eggs, strawberries, etc. The allergies are different for each individual. And again, the allergies lead to tissue damage, finally causing a disease. Gluten intolerance can also cause mineral, vitamin and other nutrition deficiencies because of malabsorption. Click on the image below to watch a small video clip illustrating the leaky gut syndrome. 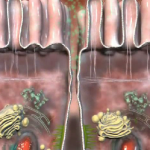 How is gluten sensitivity diagnosed? 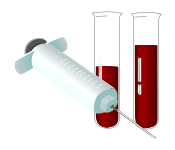 Normally your doctor would look for symptoms directly related to your gut like weight loss, diarrhea, stomach pain, bloating and vomiting. If your doctor suspects that you are gluten sensitive, he may order an intestinal biopsy or antibody blood test against gliadin. As we mentioned before, these test are not very accurate. The biopsy may give you a false negative because the samples taken may not be representative of your whole intestine. They may for example take a sample of intestinal tissue that is not damaged which may lead to an inaccurate diagnosis.

The problem with the antibody blood test is that it only tests for gliadin but there are other types of antibodies that may be produced by a gluten sensitivity reaction. Therefore, you sould be tested for all antibodies and not just for gliadin. If you only get tested for gliadin, you may also get a false negative. Also remember,  it is very important to look for extraintestinal manifestations, like migraines, hives, malnutrition, etc.

So, if those test are not accurate, what is the best way to recognize gluten sensitivity? First of all, if you have a medical condition for which you can’t find the cause, you may suspect an immune reaction which was probably caused by gluten sensitivity. If you don’t want to spend your money on testing, you can remove grains from your diet for a long period of time and see the results. Gluten sensitivity and celiac disease can be evaluated with genetic testing. In this test, they look for certain genes that are generally present in gluten sensitive people or patients with celiac disease. Finding those genes in your organism does not mean that you have the disease, it only means that you are prone to be gluten sensitive, in which case it’s better for you to avoid gluten. Combining genetic testing with your clinical symptoms is the best way to asses your sensitivity to gluten.

The information in this article is based on the the Gluten Free Society knowledge base. Their website has a lot of information and resources related to gluten sensitivity and celiac disease. They also have a gluten free cookbook. I hope you enjoyed this article and that we cleared up some of the questions you had about the topic.  Feel free to leave your comments!

Glutenolgy - Healthy Recipes for the Gluten Free Warrior. 146 mouth watering recipes to help you easily get started on a gluten free diet.

Vegeliac.com is a participant in the Amazon Services LLC Associates Program, an affiliate advertising program designed to provide a means for sites to earn advertising fees by advertising and linking to amazon.com.

You should assume that the Owner of this Website has an affiliate relationship and/or another material connection to the providers of goods and services mentioned in this website and may be compensated when you purchase from a provider. You should always perform due diligence before buying goods or services online. The Owner does not accept payment or merchandise in exchange for the reviews themselves. They are written objectively and with honesty.